The Macy’s Annual Flower Show debuted on Sunday (3/23) and I had a new lens that needed testing out, making this a perfect opportunity.

I just got a Nikon 105mm f/2.8 Micro lens, (Macro in Nikon parlance is “Micro”) which is great for both close-up photography as well as a nice portrait lens.

This is a very impressive lens, which is great for close-ups of flowers as you’ll see below. I also starting using it for some headshots and portraits, the results which I’ll post shortly. In the meantime, enjoy these images. BTW, the Macy’s Flower Show runs through April 6. 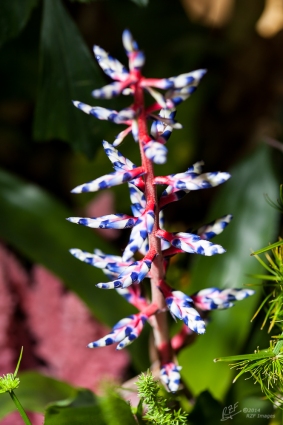 Sand mural in front of Macy’s 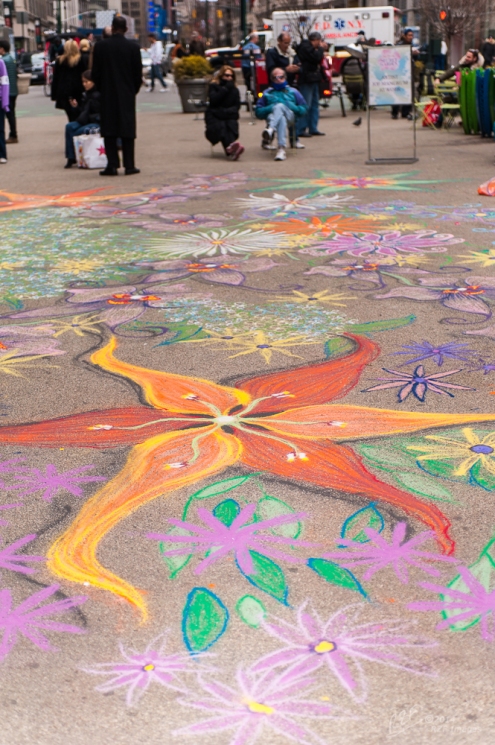 5 Pointz, a mecca of street art in Long Island City, NY has attracted artists for over 20 years to paint some amazing murals, also known as graffiti. Over the years, such street art has become more accepted into the mainstream. I visited 5 Pointz back in May looking at it for both its great art and as a possible backdrop for a future photo shoot.

(Note: street art like the work at 5 Pointz is very different from baseless tagging on mailboxes, residential buildings and street signs, which I don’t approve, as that is vandalism.)

What you see — or saw — at 5 Pointz and other walls around the City are great artistic murals, painted in many cases with the approval of the building’s owner. They add character to a neighborhood, rather than deface it.)

That is, until this Tuesday, when the building’s owner, in the middle of the night, brought in a crew to whitewash the entire 5-story, square-block of this former warehouse. In one fell swoop a living piece of art history was destroyed. This was an act of vandalism, regardless of the fact that the building’s owner did this. Here is just one article in the local press showing the result.

Now, Jerry Wolkoff, the building’s owner, plans to demolish the old warehouse and build two glass & steel hi-rise condos on the site, which will have a great view of the No. 7 elevated subway tracks on one side and look out onto the lovely elevated portion of the Long Island Expressway on the other. All in the middle of a working-class neighborhood. If there was a case study for a ridiculous place for perceived gentrification, this would example number one.

Wolkoff says he loved the artwork, which is why he allowed 5 Pointz to exist and the artists and curators to have office space with electricity and heat for free for some 20 years. And, he plans to put up a large 60-foot wall that street artists can once again use after the building is constructed. That’s all fine, but it does not mitigate what many believe is an immoral action.

Yes, he owns the building and he can legally do what he did; but was it the morally right and just thing to do?

What could have been done differently? Yes, it looks like the building was going to be razed and the walls of art with it. But consider these alternatives:

It’s a disgrace that the City allowed this to happen by failing to listen to the rationale 5 Pointz artists presented at hearings and in court. Wolkoff, by allowing street artists to use his building as their canvas for more than 2 decades essentially gave up, in my opinion, a part of his ownership rights when the outside walls essential became a public domain. In my opinion, there should have been more of a collaborative discussion for both sides to come to a compromise, than the action taken.

Last, to those people I see posting on comment boards on news sites, deriding 5 Pointz’s street art as vandalism done by degenerates, consider that: first, you’ve probably never visited the site and have no idea of it’s significance; and second, the Impressionist painters were also derided in the 19th Century for their work, with critics claiming  it was the work of lunatics. Of course, how is an original Monet regarded now and what does it sell for?